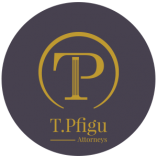 Child marriage is defined as a “marriage” where either spouse is below the age of 18years.

This Constitutional Court matter made various declarations which set the minimum age of marriage at 18years. It set out that with effect from 20 January 2016, no person male or female may enter into any marriage, including an unregistered customary law union or a religious union before reaching the age of 18years. In essence it means that no marriage can validly be contracted before both parties to the marriage attain the age of 18years.

Poverty is one major cause of child marriages in Zimbabwe and in other countries around the world. In Zimbabwe, child marriage is mostly prevalent in poor traditional farming communities and in areas where gold panning is the main source of income. Illegal gold panners have easy access to cash when they sell gold which enables them to lure vulnerable girls living in poverty. Additionally, girls from poor families can be pledged and married to man for their families to get financial or other material benefits. Girls from poor families may at times give themselves into prostitution to earn a living or get into marriages as way out of poverty whilst under age.

Limited exposure to education, particularly for girls affects their access to opportunities, diminishes their self-esteem and chances of economic empowerment. Young girls are left to imagine marriage as their only way of survival. They end up married before reaching adulthood not because of choice but they are forced by circumstances.

There are religious sects who claim that they are directed by the spirit to marry certain young girls. This then becomes acceptable in that religious sect. Girls below the age of 18years age are given in marriage to older man who at times are already involved in polygamy. The right of that girl to choose whom to marry gets infringed and chances of that girl to further her education get diminished.

Outdated cultural norms which vary from one society to the other are also one way of perpetuating child marriage. For instance, in the Shona culture there are cultural norms which existed from time in history. These practices are outdated and have been outlawed, for example,

kuzvarira, which is a traditional custom of marrying off an unborn girl child or an underaged girl to a ‘rich’ man who normally  already has other wives in exchange for material benefit. This is outlawed by Section 94 of the Criminal Law (Codification and Reform) Act.

kuripa ngozi– where a girl, usually underaged is given as compensation to a family whose member would have been killed by a member of that girl`s family. This is prohibited in terms of Section 3(1)(l) of the Domestic Violence Act.

LACK OF EXPOSURE AND MENTORSHIP

Girls and boys in some marginalised areas, particularly in the rural areas generally have no mentorship and are less exposed than those in urban areas. They have less or nothing to look forward to or up to. They have less motivation to get educated or to excel in life. What they are exposed to are people who have not done much in life, people who got married under age and they follow suit. This generational wheel then continues leading to a cycle of poverty. There is need to expose children particularly in the rural areas to the possibility to achieve more educational and socio-economic success so that marriage does not seem to be the only immediate option.

STEPS THAT CAN BE TAKEN TO ERADICATE CHILD MARRIAGE

The legislature should take steps to align marriage law that still allows girls to get married at sixteen. This is a loop-hole which needs to be corrected. It leaves  minors vulnerable when soceity has an obligation to protect them from abuse and harm.

Section 70 (1) of the Criminal Law (Codification and Reform Act), any person who has extra-marital sexual intercourse with a young person shall be guilty of sexual intercourse or performing an indecent act with a young person, as the case may be, and liable to a fine not exceeding level twelve or imprisonment for a period not exceeding 10 years or both.

This could mean that if married to that minor one can escape the offence. The question remains though can it still be called a marriage if it is contracted contrary to the meaning of Section 78 of the Constitution, that is with a person below the age of 18years.  There is therefore need to align the legislation with our Constitution to avoid any ambiguities.

RAISING MORE AWARENESS ON THE NEGATIVE EFFECTS OF CHILD MARRIAGES

Girls who are married early are more at risk of domestic violence, grave health risks from early child bearing and HIV and risk being trapped into a cycle of poverty.

Society has to become more aware of its obligation to protect children which includes an obligation to ensure that the innocence of children is protected and they are not exposed to early marriage and to sex by adults.  Once one is married underage either the boy or the girl, their contribution to the society is negatively diminished by the premature adoption of family responsibilities. When one is exposed to education and given a chance to fully develop, their contribution to the society becomes more meaningful.

Even within its means, the government should ensure that it avails basic education to every child in Zimbabwe. Shelter and food are also some essentials that should be provided by the government to every child. This will eradicate cases of prostitution for money or for means of living.

Boys and girls with idle minds engage in all sorts of harmful activities. Them being at school will reduce early sexual activity and child marriages.

MENTORING AND EXPOSURE OF THE GIRL AND BOY CHILD

In areas that are mostly affected the government should form mentorship programs to ensure that young people are exposed not only to what their communities offer but to better world`s view. The young people both the girl and boy should be inspired to have higher aspirations.

1 thought on “CHILD MARRIAGE IN ZIMBABWE”